The following document was electronically served by the CA Supreme Court for case S262530 to Marian Johnston.

On June 22, 2020, the Commission sent letters to the California State Auditor regarding the authority of the incoming commission and the eligibility of sitting commissioners to reapply for the CRC.

The CRC disagrees with the position taken last year by the State Auditor that commissioners are ineligible, as a matter of law, from serving on consecutive commissions.  The CRC’s position, which it adopted on September 20, 2019, is that if a commissioner is otherwise eligible, there should be no restriction on applying for the next commission just because one is a sitting commissioner.

The current CRC is opposed to the State Auditor’s recent release of RFP 21-01, a request for proposal for the 2020 Commission’s line-drawing consultant.  The letter calls for the RFP to be withdrawn because the State Auditor’s action is premature and is unauthorized under the Voters FIRST Act; only the CRC itself is authorized to set hiring criteria and to issue the RFP.

The Citizens Redistricting Commission has filed a response in support of the California Legislature’s emergency petition to the California Supreme Court in Legislature v. Padilla, No. S262530.  Because of anticipated delays in the delivery of 2020 Census data to the State of California, the Legislature has requested that the Court extend the deadlines for the 2020 Commission to complete its work. The Legislature is charged with delivering redistricting data based on the 2020 Census to the Commission and is requesting, among other things, that the Court extend the August 15, 2021 deadline to complete final maps to December 15, 2021.  As the response and supporting declarations make clear, the additional time will be necessary for the next Commission to conduct hearings, obtain sufficient public input, and prepare draft and final maps.

The Ash Center for Democratic Governance and Innovation, a leading research center at the John F. Kennedy School of Government at Harvard University, announced the California Citizens Redistricting Commission as the winner of the 2017 Roy and Lila Ash Innovation Award for Public Engagement in Government. The $100,000 grand prize to support the replication and dissemination of California’s system of independent redistricting was presented at a ceremony in Washington, DC, on July 21, 2017. Learn more about our work in other states. 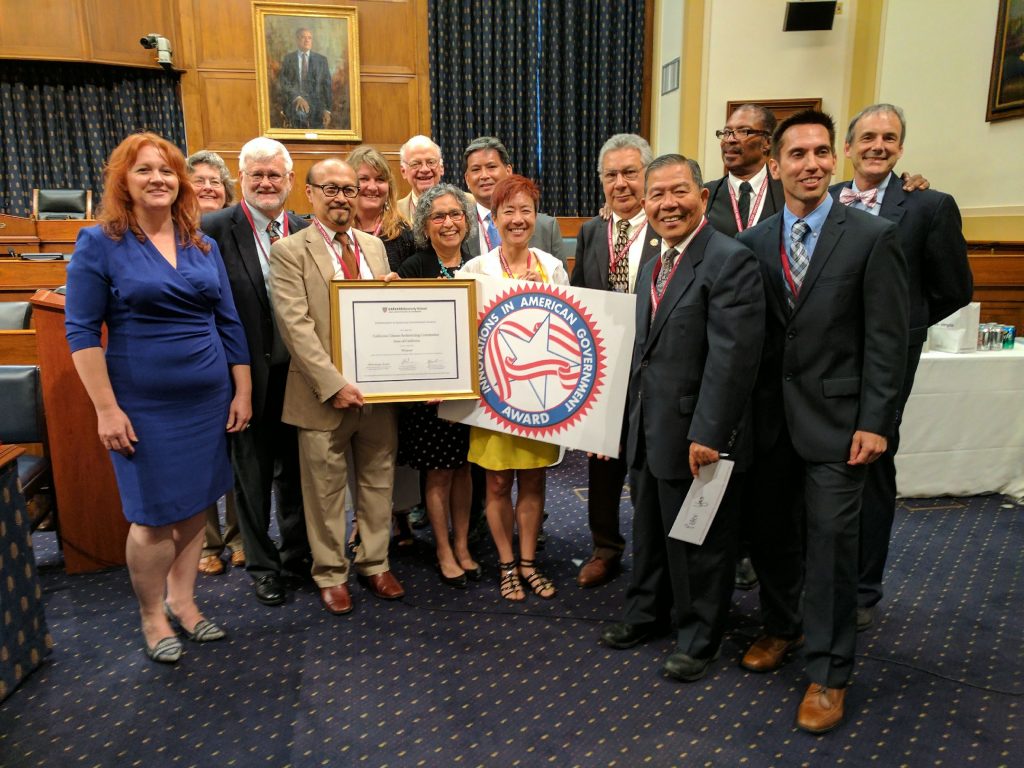 The final draft of the CRC Handbook was approved with minor edits and can be viewed here:

On September 5, 2017, the California Redistricting Commission (CRC) filed an amicus curiae brief in the United States Supreme Court in the case of Gill v. Whitford. The CRC had a strong interest in this case because it addressed the fundamental proposition that redistricting can be done in a transparent and non-partisan manner, provided that criteria such as those applied in California by the CRC are followed.

The Supreme Court Of The United States (SCOTUS) affirmed a state or locality may draw its legislative districts based on total population. You can read the full opinion on the SCOTUS website at the link below.

The SCOTUS opinion issued April 4th, 2016, and transcript can be viewed here:

The CRC amicus brief can be viewed here:

The SCOTUS docket file can be viewed here:

An assessment of the case’s potential impact by the Brennan Center for Justice can be viewed here:

ELECTRONIC SUBMISSION OF PETITIONS CHALLENGING MAPS CERTIFIED BY THE COMMISSION

The Supreme Court of California requires electronic submission of petition and related documents challenging electoral maps certified by the Citizens Redistricting commission within 45 days of certification.

Along with California LWV President Helen Hutchison, Trudy provided testimony in support of the Commission during its successful application for the 2017 Roy and Lila Ash Innovation Award for Public Engagement in Government. Her gracious willingness to share her knowledge and experience with the Commission was deeply appreciated. Trudy’s vision and unwavering commitment to the LWV impressed and inspired us and her presence will be greatly missed.

The meeting will be via conference call.